THE FIRST OF ITS KIND

Kyle Loza’s Tarot Card collection will be the first of its kind in the WAX Metaverse, featuring incredible high quality stakeable NFT art. This collection will be one of the first made available through the Green Rabbit partner staking program and all cards will be stakable. A unique and exciting Tarot card experience where you get to create your own fortune, will be launched shortly following the collection release.

The Kyle Loza NSD Tarot Card Collection will be closely aligned with standard Tarot card collections. There will be a base set of 56 Cards which includes Ace through King in all four of the standard suits (Cups, Pentacles, Swords & Wands).

There will also be the 22 named additional cards to the tarot card set that will be referred to here as the Exclusives. These consist of cards such as "The Fool", "Death", "The Wheel of Fortune", "The High Priestess" and many more. The Base Cards will come in three rarity types: Common, Rare & Epic. The Exclusives will come in two rarity types: Exlusive & Ultra-Exclusive.

Green Rabbit Holdings LLC is excited to bring the WAX Metaverse, the first ever collection by Kyle Loza.

The name Kyle Loza is synonymous with innovation. He’s one of the nicest and most humble guys you’ll ever meet but you wouldn’t know it looking at his accomplishments.


From an early age he didn’t have the patience to waste time with mediocrity. Breaking bones became his favorite hobby while he was navigating the extreme sports world, from racing bmx, skateboarding and finally falling in love with freestyle motocross and it’s endless possibilities for pushing the limits and capabilities of what a human body can do 40 feet up in the air on two wheels.


During his teen years while his classmates were getting ready for prom and skipping class, Kyle spent his time riding shows and paying his dues, an advocate for breaking stereotypes and staying true to his beliefs. During this time he started focusing on his art as well, playing music, producing and starring in short films, feeding his creative drive through countless mediums.


Flash forward to the “best trick” category at X games, while everyone was trying to remake the backflip he invented a body varial he named the “volt” taking home Gold as the youngest rookie to win the event in history. Further proving there was more to be discovered in the sport.


The next year he revealed another trick from his imagination called the “electric death” ( which he later renamed “electric doom“ out of respect for how dangerous the trick was. His back to back gold medals set the bar even higher. 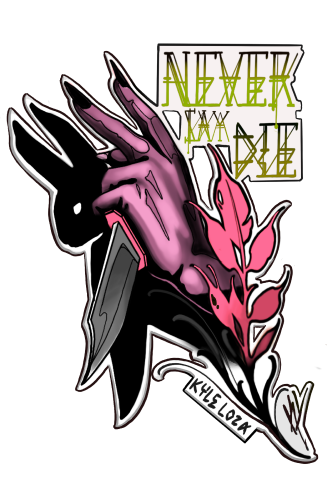 HOW TO GET STARTED

New to NFTs, Crypto or just the Wax blockchain and not sure where to start?

Don't worry, we've got you covered with this short introductory, step by step video to get you going quickly.

Take a few moments to watch this tutorial, follow the steps provided and then venture out and explore this new found Metaverse! We are excited to have you here with us and we are confident you will be excited too.